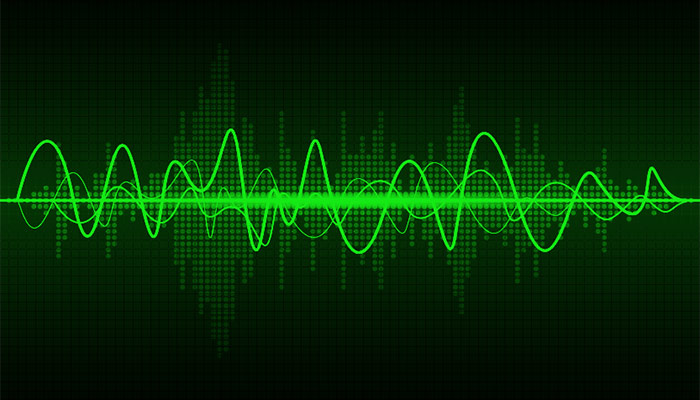 My search for the best tasting foods is what initially led me to eating clean, homemade, locally sourced meals. Then physical issues led me further. I eat very little processed food now.

Most of my life I have been plagued by migraines. Sometimes they’re sinus and sometimes caused by foods. Ever since I started getting them I have searched for a cure.

When I became a teenager, another issue started happening. I was tired. I don’t mean I needed a nap. I mean when I woke up in the mornings I was almost incapable of getting out of bed. It almost felt like I had been drugged.

I was constantly late for classes in college and attendance is a 3rd of your final grade. I had to set up a fluorescent light on a timer so it was bright enough that I had to get up. I also put my alarm clock on the other side of the room so I had to get out of bed to turn it off. I put it on a really bad country station to make it more urgent.

When I got into the workforce, I was always late for work. I would always stay late if needed and I always got my work done. I didn’t have too many issues with employers, but the whole thing sucked. I assumed it was just because I was a lazy young person that liked to sleep. But I really wasn’t – I’m a very hyper person. I’m go, go, go all the time.

I just lived with it. With the migraines, with the exhaustion and went about life. As I said on my about page, I have OCD. My nervous system is super tweaky, but I didn’t really know this at the time. I wasn’t seeing the big picture.

Then I met Dr. Gary Douglas. He is a Chiropractor that uses kinesiology in Plantation, FL. We used his house for a photo shoot and got to talking (he has a lovely little place down there – just beautiful). I asked him what he did for a living. He said he was retired and had developed a technique to get rid of migraines and food intolerances. Needless to say, he instantly became my BFF, whether he wanted to or not.

He then explained his findings to me: All living matter has a frequency. We have one, all foods have one. Sometimes the frequency of our bodies doesn’t mix with the frequency of a food that we eat. It can cause anything from migraines to confining someone to a wheelchair.

Why does this happen?

Dr. Gary explained that your body tries to “help” you by doing this. Say you were eating French fries on a road trip. As you eat, you get into a car accident and are injured (or maybe not even physically injured, but traumatized in some way). Your body may decide that potatoes are bad for you because when you ate them something bad happened. This is of course false, but I gotta hand it to the body for having such an intricate system in place. At any rate, your body will then manifest these issues when the food is eaten again to warn you.

The issue is that it’s very difficult to figure out what food is making your life miserable. For example, migraines take around 1 to 3 days to start after the offending food has been ingested, even just touching the offending food or smelling it will cause a reaction within three days. Then it usually lasts about 1 to 3 days. If you eat or are exposed to the offending food again during that time the cycle is repeated over and over again.

I explained my patterns of migraine to Dr. Gary and he said he suspected that it was a food that I like a great deal, but didn’t eat all the time. However, when I did eat it, I ate it for a long period of time until it was gone which caused the long migraine episodes. Once he ran the test on me, he was leaning toward strawberries – They are definitely something I don’t eat all the time, but when I do I eat them until they’re gone because I love them.

As for being exhausted, he felt this was a food that I eat every day because this issue occurs every day of my life for years. Once he ran the test he suspected garlic since it’s in damn near everything. Dr. Gary explained that different foods or ingredients can cause different symptoms depending on the traumatic event. The traumatic event can be Physical, Emotional or Chemical. That is why one food can cause a headache and another can cause depression or fatigue or any other symptom.

Dr. Gary has 160 glass vials, each containing a single mixture of food substances and neurotoxins to trigger the nervous system to react. He discovered the mixture after mixing different things over a four year period of time from 1975 to 1979.

Dr. Gary uses this technique, but the only change is that I have to hold the vials of food instead of him touching me. I had to do this 160 times, once for each food in his collection. All said and done, I had eight foods that my body has issue with their frequency. He said most people have two, maybe three foods. So yeah, me and my tweaky nervous system…

He then proceeds to tell me that I also should avoid all Hydrocarbons found in newsprint, candles, perfume, and just about everything fun. He told me absolutely no Italian restaurants (garlic) or Asian cuisine (they’re famous for using MSG). He said to avoid salad dressings and lunchmeat since they tend to have the most nasty stuff in them. I cried when he said this. No Italian food put me over the edge.

At this point, man-made smells didn’t make me as sick as they do now, so I kept on using perfumes and things. I also wasn’t eating clean yet. However, what he said rang in my ears over the next few months. I started doing what he said. The next year I went to see him again. He was willing to treat me. He was retired at the time, but has since started practicing again due to demand. If you would like to contact him, please let me know. I have permission to send folks his way, but didn’t want to post his personal contact info here. 😉

To run the fix, he had me lay face down on a Chiropractor table and hold the offending food vial. Then he used a little metal thing that looked kinda like a tiny pogo-stick. He proceeded to “ping” my vertebrae in various spots up and down my spine. He said this reprograms the body and tells it that the food in my hand is safe. He only did one food at this time to ensure the fix took. He said if you try to fix too many foods at once it would reduce the effectiveness of the fix over all (now Dr. Gary has developed a laser that he uses to reprogram the nervous system).

So years went by and I continued to visit him once a year in Florida (I went there for a yearly convention so it was perfect). He would run a fix for one or two foods each trip until all eight foods had been fixed.

Then one day in 2007 shortly after our last visit to him, I woke up one morning EARLY. I woke up and the sun was shining, the birds were singing, and I swear I could hear the Beatles playing “Good Day Sunshine” in the background. I wasn’t tired. I felt great. I was awake and ready to go. From that day on, I was never exhausted again. I get up early every day.

I still get headaches from time to time. Now that I don’t eat processed food I get them way less. However, my sinuses give me trouble. I’m working on that as they have recently been really bad since the weather can’t decide if it’s winter or summer.

Another great testimony is the story of Dr. Gary’s mom. He said she was in a wheelchair for two years. She was diagnosed at a university hospital with some type of Arthritis. As time went on he started learning from his studies. He ran the test on her and determined her body didn’t like potatoes, tomatoes, onions, garlic and peppers (foods found in the Nightshade family). He said she stopped eating them completely and was out of the wheelchair within two weeks.

Another story is of a little boy that was in learning disabled classes. Dr. Gary figured out he was having a reaction to an ingredient in his vitamin. An ingredient in those specific vitamins was clouding his ability to think clearly. They took him off the vitamins and he advance to his regular classes. He ended the school year being in the top of his class.

Dr. Gary has helped people all over the world. Folks have come from as far as Russia to see him.

I thank God every day that I met him. He has taught me so much and improved my quality of life immensely.